Indicators On When Your Hot Water Unit Needs Replacing

There are many indicators that lead customers to replacing hot water units. Some of the most common ones are burst or leaking tanks, rusted systems, faulty parts and ageing units. The most serious of these is a burst tank, where water can pour out very quickly and potentially flood the surrounding area.

A burst hot water tank is when water spurts out from the actual cylinder, with water pouring out onto the ground and surrounding areas. Sometimes the leak will happen from the top of the system and at other times from the very base of the unit. It is not uncommon for it to even come out from some part of the body, possibly low down or high up.

The reason a system bursts is normally because it has rusted from inside. This is a natural process that occurs in all hot water storage tanks, due to the built in obsolescence. These water heaters have an average life span of ten years, so if water is pouring out from the body and the system is around ten years or older, then this would be a clear indicator that your system needs replacement.

What every householder sees is the outside casing of the water heater. However, there is approximately 8 inches of insulation immediately inside it, leading to a black inner cylinder. This is where the corrosion occurs from the very first day of installation. This corrosion, over time, leads to excessive wear and tear within. The end result of this deterioration is a hole forming within the inside casing. Once a hole has formed, water begins to spill out from the outside unit, this being the sign of the end of its life.

What to do now? Look for a hot water professional in your area who is proficient and experienced at the replacement of water heaters. A company that is expert in this field should be able to perform your new installation within 24 hours. They should have the required system in stock or readily available and should also have the means to have it delivered to your residence within the required timeframe. Finally, the install job needs to be performed by a licensed plumber.

There are other reasons for water to leak from water heaters. One such reason is when a part within gives way, leading to a leakage. For example water may begin to seep out from behind the element cover down low. This may seem to some that the element needs replacing, however, for a ten year old system, this often simply won’t do the trick because of either the corrosion around the heating element or a more sinister problem behind the element.

Another common source of seepage is the temperature pressure relief valve, which may give way due to wear and tear or excess water pressure leading into the storage system. When it is already around the ten year mark, it is advisable to opt for a complete new installation of your water heater.

These above two instances of water escaping from a part are common signs that lead to one deciding to go for a complete replacement. It is not advisable to try to replace the leaking part when the tank is around the ten year mark because it can simply be a waste of money. For example, if someone tried renewing the heating element in such an old system, only to find that it didn’t work, this would cost significant money on its own.

It is common, around approximately ten years, to start to see signs of rust from your water heater. This rust may appear on the outside of the cylinder or inside it (i.e. near or on the connections to the heating element) or even from the hot water coming out of the taps. The minute one of these signs appear, it is time to plan the replacement of your unit.

Rust can have a serious impact on a number of fixtures within the home or valves connected to the system. For example, if rust gets into any of the valves connected to the unit, it can cause that valve to malfunction, meaning it would then need to be replaced. Another example is rust getting into the hot water taps within the home and seriously impacting on one or more of the taps, again sometimes leading to them needing to be replaced.

To avoid these negative consequences, it is advisable to have your system renewed once any of these rust indicators are noticed.

It is around the decade mark of a water heater’s life that one should consider the replacement of their system if one or more parts become faulty. The reason for this is that it is simply not economical to spend several hundred dollars or more on renewing these parts when the whole cylinder is towards the end of its life. For example, if one was to replace malfunctioning parts and spend four to five hundred dollars in the process, only to find the whole system gives way within three to six months, then the money spent on the renewal of parts was a waste. That is, this money spent on the newly installed part(s), could have gone towards the complete replacement of the whole cylinder.

Some of the components within the system, that may yield to age at the decade mark, are :

It is a good idea to mark down or keep a record of the date of installation of your water heater. This is because the decade anniversary is a danger time for your system. Although it is definitely possible for it to last anywhere up to twelve or even fifteen years, these systems are made to last on average approximately ten years.

If your tank is located inside your house or unit, it is even more important to remember the installation date and monitor carefully. Reason being that a ruptured tank, if occurring at a time when one is either asleep, at work, out shopping, or anywhere other than near the system, can very quickly flood the house or unit.

The consequences are often water soaked carpet, damaged vinyl or flooring, buckled kitchen cabinetry, and sometimes rust stains to the surrounding area. These disastrous consequences can occur within as little as twenty minutes of the cylinder giving way.

A little 50 Litre Rheem water heater located under the kitchen bench is an example of one that needs very close and frequent monitoring. This is because it could start leaking even earlier and, due to its concealed location, the leakage may not be noticed for weeks or months. If gone unnoticed, the water damage can already be significant.

The same danger applies to a 50, 80, 125, or larger litre capacity system located in a hallway or storage cupboard. When concealed, a small leak is not immediately noticed, and may not be recognised until seepage begins to make its way to the common living area. Again, this is often too late to avoid much damage to the residence.
Finally, an outdoor tank can also cause much damage to its surrounding areas upon the cylinder rupturing. Often much rust will seep out and can actually stain the outside surrounding pavers, tiles, concrete, etc. It can also ruin a well maintained garden. These possibilities not only cause much grief to the householder but can also cost a person a significant amount of money to rectify the damage.

In conclusion, replacing hot water systems prior to it rupturing, is very advisable and is the safest option to take to prevent any unnecessary water damage. A burst hot water tank is an occurrence best avoided. The installation of your new hot water system should be done by a licensed plumber, who is also an experienced hot water professional. 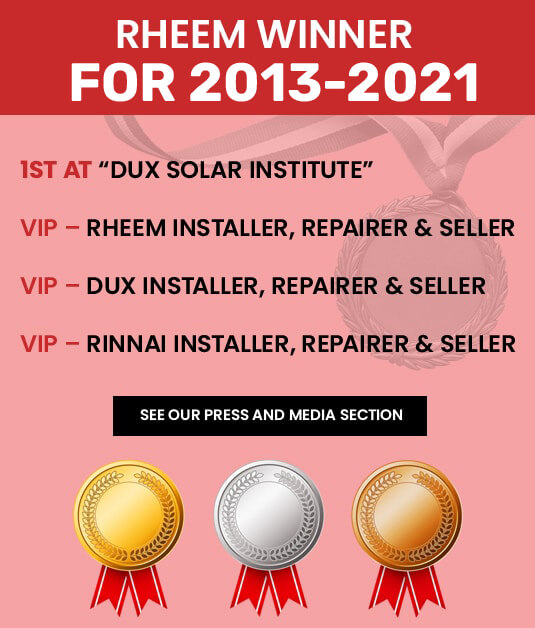 Contact us to book an Anytime Hot Water plumber today